Exiled afghan journalist Basir Ahang attends the Inter- national Conference of Afghanistan in Bonn (December 2011). The film recounts from his point of view, and through the participation of journalists, civil society representatives, spokesmen and politicians (Hamid Karzai, Hillary Clinton,etc), what the international com- munity and the Afghan people say and think about the future of this country after 2014, when international forces will leave it. 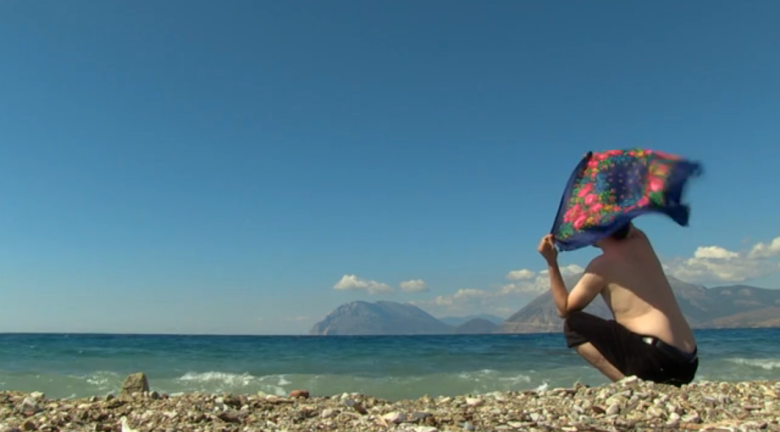 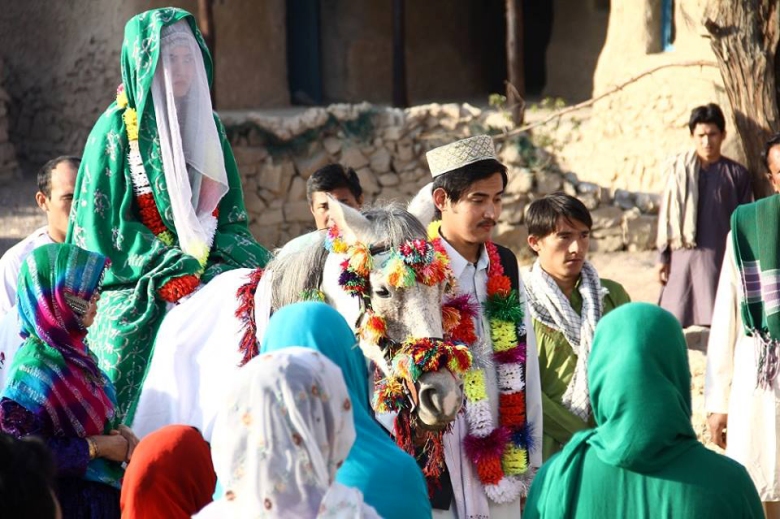 Ethnic Hazara is one of the native nations of Afghanistan and like all the other nations have their own culture and traditions, which is being done and has displayed in many ways during different periods of their life.
This document reconstruction movie, prepared on real base deep researches, introduces and classifies the Hazara cultures and tradition in Afghanistan, which shows the historical ancientness and originality of Hazara’s nation in the Great Khurasan (today`s Afghanistan).
This film in structure documentaries story shows the life of Hazaras from birth to death. The traditions resemble birth, marriages,Nowroz customs, religious traditions and customs, the Mourning rituals, folklore shows, song and dancing and, and etc; had been remade and shown in this film. 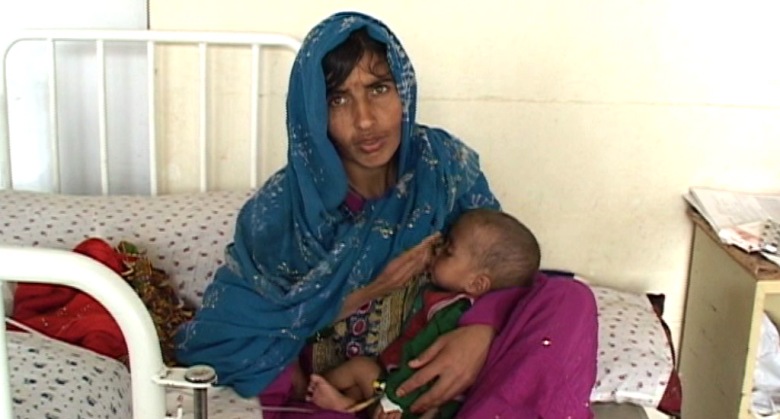 Stay Alive is a short documentary film, A love story in the middle of nowhere! A story of a father’s love, for his poor lovely child who struggling between life and death. He tries to fight against all the needs in a country named Afghanistan, for the patient child.
He speak up that how the health system, Afghan hospitals in the heart of the capital, Kabul works.
Story of rescuing a child from the clutches of death.

My Teacher Is A Shopkeeper 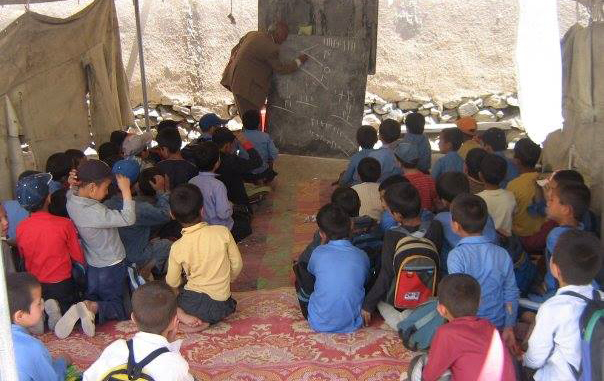 In Afghanistan there are still schools that students have to take classes in the open air due to lack of resources and facilities. Chamandi Charqala Wazir Abad, where I went as a kid, is one of those schools. Like me, kids still sit in the open air and under the tents to learn how to read and write. “My Teacher Is A Shopkeeper” pictures the hopes and challenges of little kids and their young teachers who have to maintain a second job beside their teaching career to feed their families. This film captures the dark but inspiring aspects of education in Afghanistan. 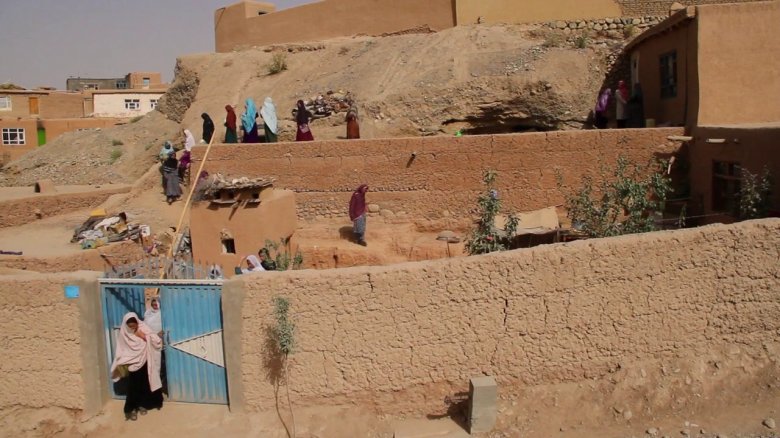 This film represent sthe life and prospects of women in Bamiyan, the only city with woman Mayor in Afghanistan. It follows two afghan women who are victims of the society and they are screaming to the world what they want from their society. A rare picture of how the priority of women from strict nation is changing can be seen through their stories. This is the story of afghan women building their future with past memories and utilizing the present resources 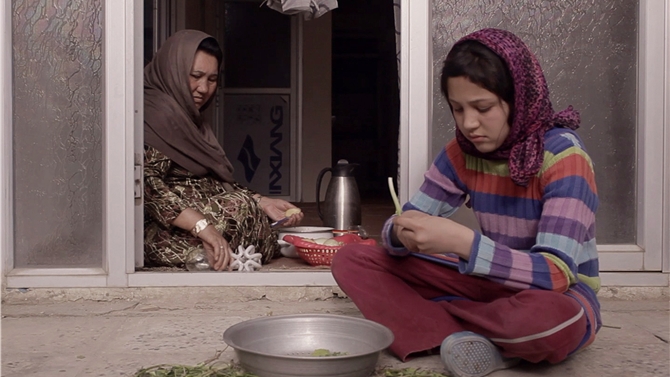 In Kabul, tensions within a family keep on increasing as tradition and reality clash. In Germany, an Afghan girl waits in a desolate refugee centre. Not at Home closely follows two parallel stories of alienation and living in uncertainty.

A family in Kabul, consisting of two parents and four daughters, has just moved to a new home. Every day, the father curses his children for not following the old religious traditions. In the meantime, a young Afghan girl in a refugee centre in Germany starts to find her place. We follow her in her aimless daily routine, during which she builds up an understanding without words with a fellow refugee.
The resignation with which the residents of the refugee centre live their lives put on hold is not acted: they are playing themselves. In their feature debut, directors Shahrbanoo Sadat and Katja Adomeit mix fiction and documentary in a sophisticated way. In the fictitious part of the film – in the family’s new home in Kabul – the clash between tradition and inevitable progress is subtly captured in natural dialogues.

PRISONERS OF THE HIMALAYAS 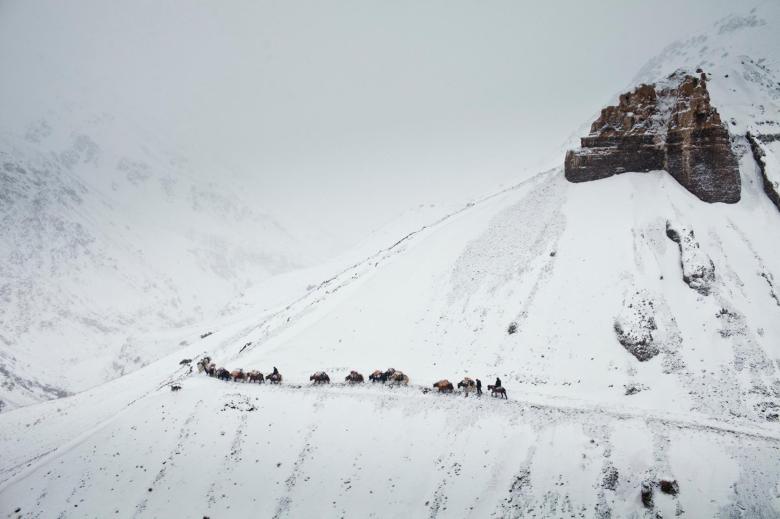 Secluded, and organized in small groups of mountain camps, the one thousand two hundred Kyrgyz left in Afghanistan struggle to survive. The Kyrgyz of Afghanistan are the most isolated high altitude community on the planet. They are stuck on a narrow strip of land locked between Tajikistan, China and Pakistan.

Neglected by history and development, they live in a distant past, just as their ancestors did. In a world where progress advances at great speed, the Kyrgyz of Afghanistan struggle to stay alive. Can they survive here or is their destiny inevitably going to lead them elsewhere ?

AFGHANS TO THE TOP 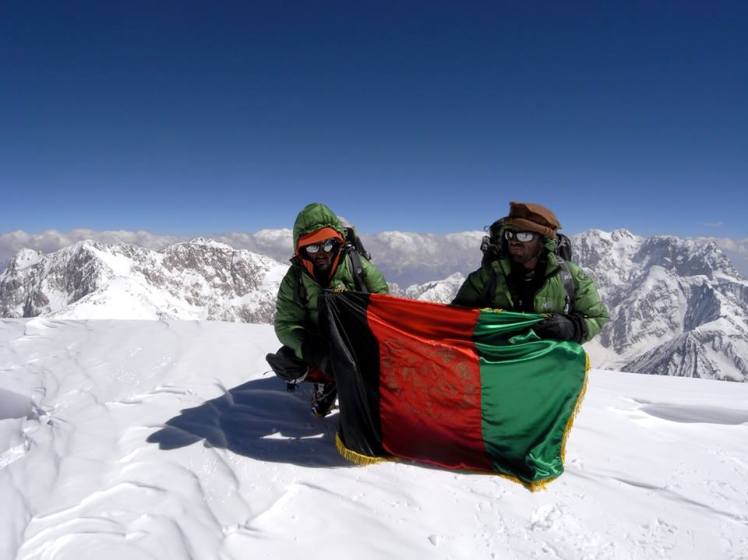 Afghanistan is today synonymous with conflict, terrorism and danger. Yet, before the war started, this country of Central Asia was famous for the hospitality of its people and the beauty of its nature.

In the far north-east of the country, Mount Noshaq, the highest peak in Afghanistan rising at 7,492 meters, has never been climbed by an Afghan citizen. In the Wakhan Valley, at the foothills of Mount Noshaq, four young men, Malang, Afiat Khan, Amrudin and Gurg Ali, have a dream: to be the first Afghans to set foot on the top of its peak to send a message of peace to their war-torn country.

But, at first, our four heroes – who have never climbed a mountain before – have to train physically and mentally to become true climbers! Indeed, at very high altitude, hypoxia and hard weather conditions can lead to dangerous situations.

Before trying to conquer Mount Noshaq, they first have to organize the expedition, find sponsors and convince the Afghan authorities. A crazy and almost impossible adventure that lasts over two years!

Will they rise to the challenge?

Afghanistan: The Women Choice is a crossed portrait of two strong personalities of the Afghan landscape, through the eyes and the daily life of two exceptional women: Habiba Sorabi and Aïcha Habibi. Together, they personify the current split in Afghanistan with the particularity that they are not great bearded men wearing turbans, but rather two women in power in a world of men. How did they impose themselves? How do their people perceive them? Do they act of the liberation of women or do they just continue perpetrating ancient inequalities? One has the title of “Wali” (governor) and the other of “commander”. One is under the authority in Kabul; the other is faithful to the Mudjahadins who fought against the Russians during the war, then against the Taliban. Yet both are respected as “The Mothers of All”.
….
Director : Hadja Lahbib
Production :  Christine Pireaux for Les Films de la Passerelle
Involved TV Channel
RTBF
France 3
TSR
CBC
Co-producent:  Hadja Lahbib for Les passeurs de lumière
*** 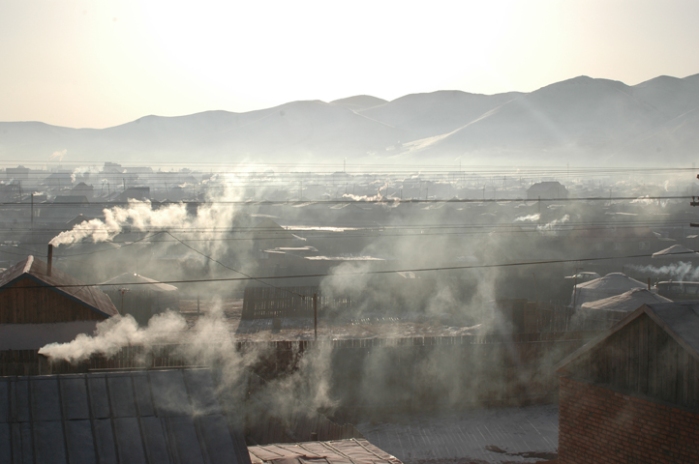 There are always stories, like a thousand, and night tales which is deep and interesting to reach.

The heroes of these stories are not Baghdadi’s waist girls, but it’s about women with callous hands and full of wrinkles face, the elegance of their femininity, impoverished to monster of war which swallowed.

A portrait, a short walk into one of these women’s, where her bakery shine before the sun rises and black clouds of smokes, and flames engulfed to her, caressing like lashes to her tired face.

She works till evening, with piece of breads, where she strongly hearing the voice of women with breads on the table which sinker-ed to the pledges of unclear destiny.

ON THE STRING OF FORGETFULNESS 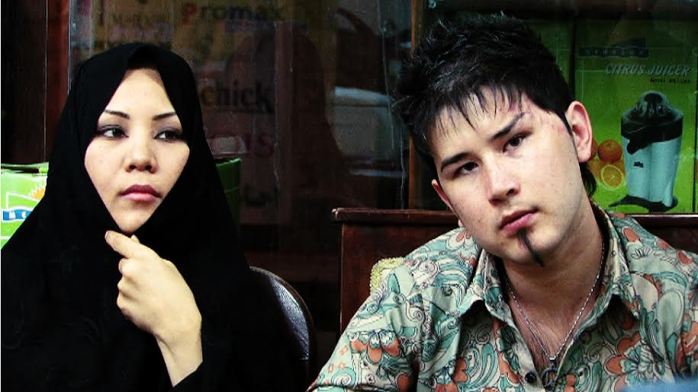