Mohammad Hussain Mohammadi was born in 1980 in Mazar-e Sharif in northern Afghanistan. He and his parents emigrated to Iran when he was seven. He received a Master degree as a production director at the Department of the Islamic Republic of Iran Broadcasting (IRIB).

Mohammad Hussain Mohammadi began writing short stories and reviews in 1997. Two years later he published his first collection of short fiction, »Parvanaha va chadarhaye Safed« (1999; tr: The Butterflies and the White Scarves). His second collection, »Anjirhaye sorkhe Mazar« (2004; tr: The Red Figs of Mazar), won both the Iranian Hushang Golshiris Literary Award for the best short story collection and the Isfahan Literary Award. In 2009, Mohammadi won the Afghanistan Peace Prize for his book. Mohammadi’s stories are largely set in Soviet-occupied Afghanistan. They depict a society in which war has become a part of everyday life: a father finds a dead solider in a field and wants to hide the terrible discovery from his family; a young boy loses a leg to a mine and must begin begging for a living. Mohammadi’s stories are written in precise, unpretentious prose, strikingly reflecting the constant presence of open and covert violence. In 2007, »Az yad raftan« (Engl: »Oblivion«, 2008) was published, a collection of short fiction which, a year later, won the Award of Critics of the Iranian Press.

Mohammadi is also an author of books for children and an editor. In 2006, he published his »Afghanistan Story Writing Encyclopedia«, a compendium of Afghan writers who have written one novel or more than ten short stories. In 2008, he was elected Manager of the House of Afghan Literature in Tehran by writers and poets, from which he edits the magazine »Rawayat« (tr: Tale), that focuses on prose writing in Afghanistan and Iran, as well the cultural exchange between the two countries.

In 2009, he published »Too Hich Gap Nazan« (tr: You Say Nothing), a collection of short fiction about culture and tradition in Afghanistan before and after the rule of the Taliban. Soon to be published are a collection of short fiction by Afghan writers edited by Mohammadi, »Emzaha« (tr: Signatures) and his novel »Nashad« (tr: Sad). His works have been translated into French and Italian. Mohammad Hussain Mohammadi recenty return to Afghanistan and lives in Kabul. 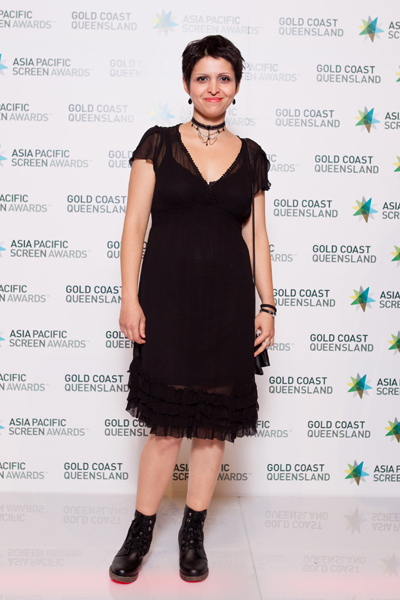 Maryam Ebrahimi was born in Tehran Iran, 1976. She studied at the Art University of Tehran and continued her education at the university of Konstfack in Stockholm, where she now lives and works.

Maryam has produced the feature documentaries “I Was Worth 50 Sheep” (2011), a tragic story about the selling of young girls in Afghanistan in the name of marriage, for a piece of land or sheep.

”No Burqas Behind Bars” (2012) is her second documentary, and shows how moral crimes are used to control women in post-Taliban Afghanistan. The film was shot under a long period of time inside a women’s prison.

Her films got several awards from deferant festivals and NO BURQAS BEHIND BARS (2013) International Emmy award 2014, Nominees for Best Feature Documentary

She is now filming her up-coming feature documentary “ The Confiscated Images” – a film about archive, manipulation and control.

I have Studied Art Management specialized to theatre, art, film and international management. I have past worked at theatre and Museums. In Sweden studied to television and media. In spare time I am active in different organizations like Saga International Women’s film festival, Amnesty Stockholm and assisting small theater company. 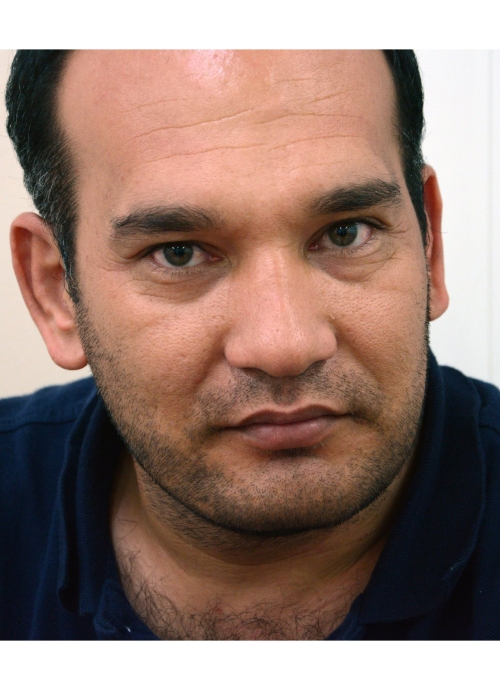 Hamed is director of Afghanistan Documentary Filmmakers Organization /Ateliers Varan Kabul (ADFO). He trained by EURODOC Program 2013 and he started producing as a job. He used to work in CSFilm as assistant trainer, coordinator and producer for two years.

In 2009, he attended Atelier Varan workshop. Thereafter, he started making documentaries reflecting on social and cultural issues. His documentaries have been screened in many film festivals around the world and some of them have been broadcasted by European TV channels as well by Afghan TV channels nationally. He has started teaching documentary film making to students of cinema department at the Kabul University since August 2012. He is the technical manager of Afghanistan Human right film festival.

Hamed was born in one of the rural villages of Samangan, north Afghanistan.

When he was very young, he felt people didn’t understand his expression. Thus, he decided to write down his thoughts for them. Years later, he came to know that his people couldn’t read and write. But he had messages to be communicated. Therefore, he was encouraged to find a medium that would have easily express his opinions through to literate and illiterate Afghans. He found cinema the most appropriate tool for change and helping his people.

I am a documenter filmmaker and photographer with a long personal history of using, choosing career to fight for hope and peace in a country, which named Afghanistan.

I was graduated from Kabul University in 2005 with a Fine Arts degree from the Department of Theater and cinema.

A year before of my graduation, i been kidnapped by Taliban at Nuristan province while I was making a documentary film about the lives of and political participation of women in that region.

A woman who was fighting for gender equality and women political rights. After some days I escaped from the Taliban jail and I am alive and doing my best in culture and open society.

I directed 5 short films, two documentary with Varan Afghanistan & Franch film production and recently I been awarded, as a Human Rights Activist at media communicator by the Image and Voice of Hope “New York City”.

My film little Afghanistan got two awards from the International film festivals as Best documentary about human rights, an as best cinematographer 2013 and 2014. My recent activities, working as editor in Chief of 3rd Eye Photojournalism Center, Deputy Director at open society organization, professor at Kabul University, at photography department and editor in chief at Afghan Human Rights news agency.

It’s almost two years that i am in Sweden, to be part with Shahmama and Salsal Union, SAGA international women film festival Stockholm, Hasti Media and ABF as multimedia trainer.